How Long Will My Solar Battery Take to Charge? Have you got a solar battery coming with your newly-purchased solar array? That’s great!

The simple answer is to take the capacity and divide it by its rate of input. But as you’ll discover, it isn’t that simple in reality. Let’s take a look at some of the factors that affect charge times.

Chemical Structure of the Battery

The type of battery you have and how it works will affect how fast it charges. Tesla’s batteries, for example, combine different types of lithium-ion cells into one package. So it’s safe to say they are more complex than a regular wet cell or group of lead-acid batteries.

But it’s not only Tesla that has pioneered the solar battery game. LGChem solar batteries are also lithium-ion. But they’re constructed in a different layout inside the cells. Smaller capacities keep the price down compared to Tesla.

Another reason is the type of PV panel. High Capacity panels that can put out a larger charge will charge your battery faster. (Newer solar panels do this and are being released onto the market every year). These new panels are also a lot more efficient per square meter than older ones too.

But even if you have an older panel, the amount of power it can put out will also affect how long it takes to charge. Older panels may suffer from damage which can reduce the amount they produce.

The best location for your solar battery generally depends on the factors discussed above and many more. However, having a battery close to where you need it is generally a good idea, as they can be charged by an on-grid supply (like your PV array) and can recharge by an off-grid system or grid supply (such as a generator).

Location may not make sense at first, but whether you store it in a warm utility room or on a cold outer wall can play a part. That’s because the ambient temperature is a key factor in charging speed.

Battery temperature plays a key role in charge time. If the ambient temperature is too cold or too hot, the charge rate slows down. That’s true whether caused by built-in safety features or weather patterns. And it makes sense. Batteries are notorious for suffering from poor performance in cold weather.

Most lithium-ion batteries have technology that encourages faster charging from 20%-80% and then slows down at the end to prevent any dendrites from building up within the cells. These dendrites are what causes reduced battery life; it’s the same in your old mobile phone batteries.

As discussed, the older the battery, the more likely it is to suffer from degradation. Plus, most newer batteries have technology built-in to charge faster. Older batteries may take less time to charge, they also hold a smaller capacity, so it cancels out that way.

And remember, batteries don’t last forever; they’ll either die or degrade. That is true for all batteries, regardless of whether they are old or new.

Battery capacity plays a key role, as expected. A larger battery will take longer than a smaller battery. However, the size also plays a role in how fast it will charge. The more surface area, the faster it will charge.

Suppose you need to have a large battery, and solar energy is limited for one reason or another. Having a larger battery will give you more time to get your solar array connected before your battery power runs low.

The size of the battery will also have a big impact on whether you need to retrofit your solar array with a battery charge controller.

The charging rate, just like the size of the battery, is another variable that can affect charging speed. For example, if one charges twice as fast but is twice the size of another, they’ll take the same amount of time to charge. However, the second one will take longer to charge.

For the most part, solar batteries store excess energy produced by the sun’s rays. But if they connect to the grid, they can also be charged up from the grid. If your battery is empty at night, you can take advantage of very cheap variable rates (which sometimes even go negative!) and charge your battery up overnight.

In these cases, chances are your battery will be charging at full speed since most of us use minimal energy overnight. But if you’re generating solar power during the day in December while nobody is home, then your battery will only charge based on how much is being produced by the sun at that time.

Most solar batteries come with built-in charging monitors that charge the battery up at variable speeds. They do this to make sure the battery doesn’t overheat, resulting in a reduced overall capacity of the battery.

The same concept applies to the variable charging speeds of solar energy and whether your electric car is connected to the mains or not for time of use charging. Tesla Powerwalls, for example, communicate with your Tesla so that it can program when to start charging your car or when to fill the battery up ready for when you usually get home during peak times.

All these smart devices throughout your house can communicate to work together. In doing so, they make sure you get the most out of your system. As a result, you can maximise your savings. Although this provides a level of uncertainty, it eliminates the vast majority of concerns about having a full battery, which only matters to those off-grid or during a power cut.

The most important factor of all comes down to how much solar energy you have to use. The more you have, the faster your battery will charge. If you’re off-grid, then any solar panel or solar battery system will charge slower. That’s compared to someone who can get an uninterrupted source from the grid.

Using a solar battery system on your property can help you store up power for when it’s needed. So get in touch with us today for all your solar battery needs! 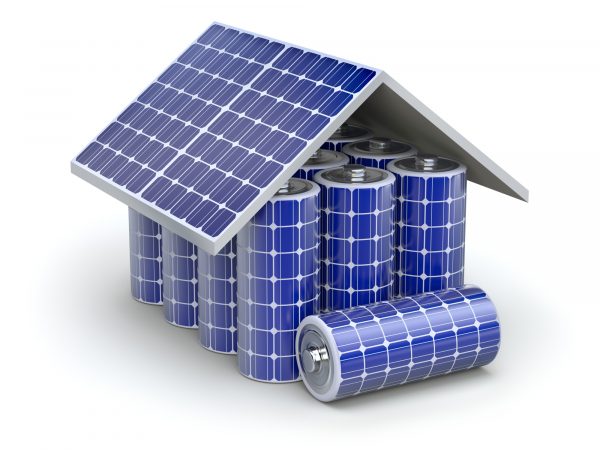 How Long Will My Solar Battery Take to Charge?

Have you got a solar battery coming with your newly-purchased solar array? That’s... Are Commercial Solar Panels Worth It?

Families and homes, in general, tend to use more energy in the early... Are you looking to convert your business to solar power? Discover the benefits... Why Solar Panel Installation is a Bright Idea

Solar is a great way to reduce your electricity bills! That’s why many...

Ready to start your solar journey with us?